As Seen in Clean, Restore, Connect

Microwave ovens are modern conveniences we take for granted, but unfortunately, as one homeowner from Western New York recently found out, they can be very dangerous.

Rainbow International of Monroe County was called in after a woman’s home was badly burned when her microwave burst into flames and set fire to her kitchen. Smoke and soot had blanketed the interior of the 4,000 square-foot home along with thousands of figurines and dolls that the homeowner had collected. 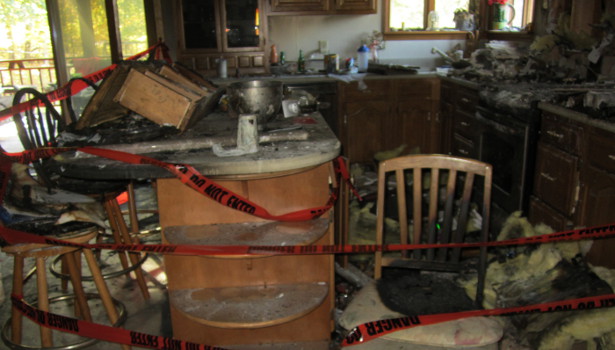 According to franchise owner Bob Cobb, the homeowner had been collecting these dolls for many years and the fire damage caused her much distress.

The entire first floor of the home was gutted and the second floor had ceilings that had to come down. The rest of the home was cleaned and painted, and the dolls and figurines were meticulously cleaned primarily using a process called ultrasonics.

95% of figurines were able to be salvaged.

With ultrasonics, an ultrasonic washer is used as a cleaning device. The washer uses high-frequency sound waves to agitate in a liquid. Cavitation bubbles induced by the agitation act on contaminants adhering to substrates like metals, glass and, in this case, ceramics. The equipment effectively penetrates holes, cracks and recesses for the ultimate clean and causes no damage.

“Normally contents to be cleaned are packed out to a cleaning facility, but our four-man crew cleaned for four weeks inside the home,” added Cobb. “A no pack-out strategy was used in this situation because it reduced packing material costs and, more importantly, lessened the chance of damage to the figurines and dolls.”

With an ultrasonic cleaner, five to 20 items can be cleaned in three to four minutes, versus cleaning by hand, which can take three to five minutes per item. Ultrasonic cleaners are used to clean many different types of objects including jewelry, optical lenses, watches, dental instruments and electronic equipment.

“The heat from the fire had unfortunately cracked some of the figurines, but we were able to save 95% of them,” said Cobb. “The homeowner was very pleased with the results and with the successful cleaning and deodorization of her home.”

Tagged with: Case Study, Clients, Rainbow International
Posted in Clients, Contents Restoration
Request Information
Use this form to Request Information, Request a Free Demonstration and Signup for our Free Newsletter. If you have a specific question Click Here or Call 215.969.0266. We respect your privacy. Your information will NOT be shared with anyone. Read our Privacy Policy for more information. 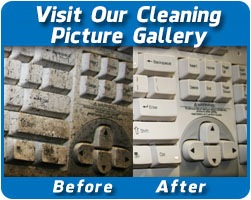